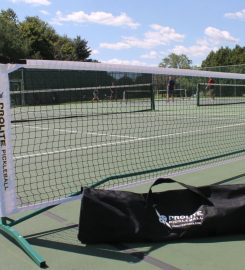 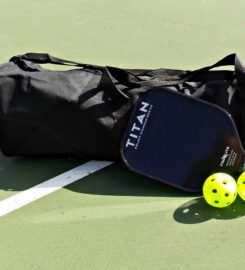 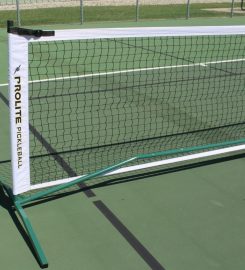 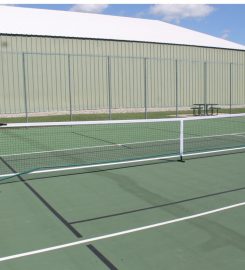 The first time I ever played pickleball was in the late 1980’s at the Weyerhaeuser titness center in Federal Way, Washington. They had installed one pickleball court adjacent to a racquetball court. My father, Mark Friedenberg, was a computer analyst there and would often play during his lunch hour. Shortly after, he introduced me to this fairly new sport.

I was an avid tennis player and followed my dad to racquetball tournaments so I picked up the game quickly. I remember the variety of paddles on the wall rack above the courts. Most were wooden, but I was drawn to the few made that were clearly made of a different material. Each of them had a large ball and lightning bolt in the sweet spot. Around the logo it read, “The Original Composite Paddle.” It played so much better than all of the wood paddles and felt great in my hands.

My father taught me the rules of pickleball, the boundaries, and the strategies. What did I learn? At the time…not much, only that I really wanted to beat my dad. Looking back at it now…I learned patience. I learned shot selection. I learned never to underestimate my opponent. Most importantly, I learned how this sport can bring enjoyment to players in the purest form. That this game can bridge the gap between all generations creating a positive, social, active atmosphere. If there was ever a lifelong sport to be enjoyed by everyone, pickleball is it. I am proud to be involved in such a great sport.