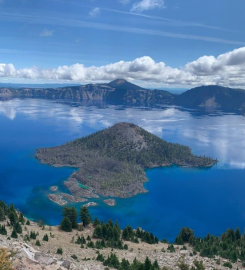 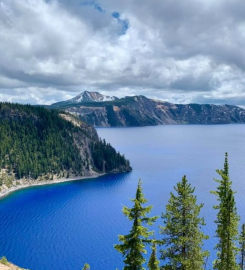 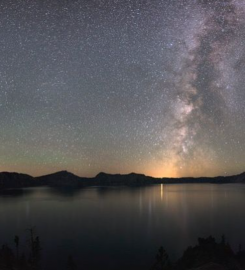 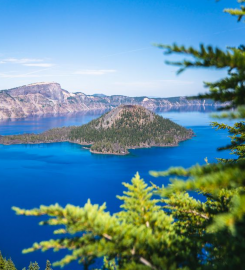 Crater Lake National Park is one of America’s oldest national parks, founded in 1902 in Southern Oregon. It is arguably one of the most beautiful.

With a depth of 1,943 feet, Crater Lake is the deepest lake in the United States – and one of the most beautiful. The water’s intense blue color is an indication of its great depth and purity. Surrounded by cliffs, the lake is fed entirely by rain and snow. Scientists consider Crater Lake to be the cleanest and clearest large body of water in the world.

Crater Lake rests in the belly of a dormant volcano. The volcano once stood 12,000 feet tall, but it collapsed after a major eruption 7,700 years ago. Later eruptions formed Wizard Island, a cinder cone that rises from the water. The park has an abundance of fascinating volcanic features, including a second rocky island, the Phantom Ship.