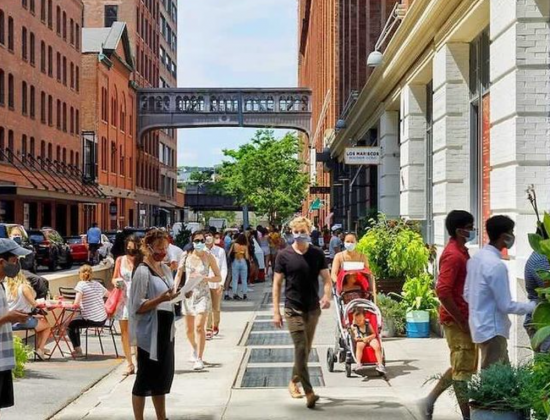 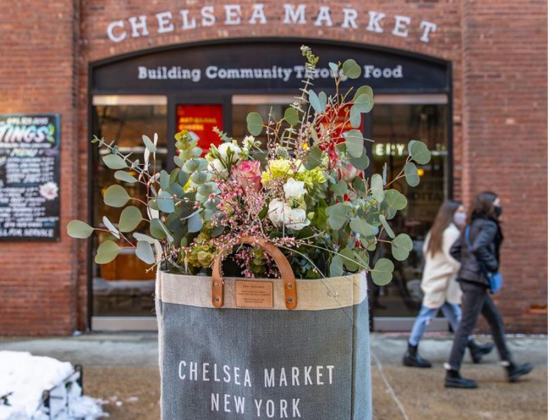 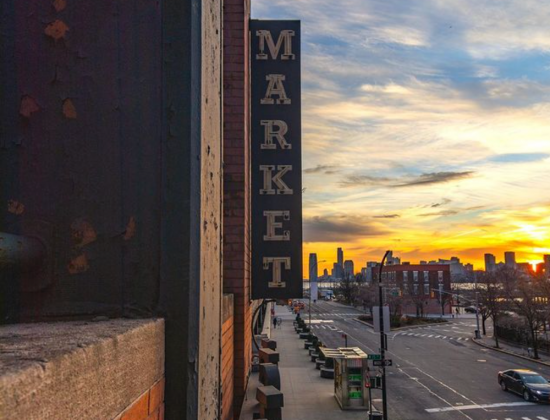 Iconic culinary destination Chelsea Market has become an internationally-renowned brand and is considered one of the greatest indoor food and retail marketplaces in the world today. Located in the heart of New York City’s Meatpacking District, the market’s collection of distinctive and diverse merchants adds up to more than just your average food hall, rather a lively marketplace where one can shop the region’s finest fishmonger, take home prime cuts of meat from one of the area’s best whole-animal butchers, load up on artisanal cheeses, fresh produce, and imported Italian dry goods. It’s the savory meals enjoyed at Chelsea Market, just as much as the fresh ingredients purchased there that make it a beloved destination for locals and travelers alike.

At the National Biscuit Company complex, begun in the 1890’s in what is now west Chelsea, the ovens baked everything from Saltines to Oreos. Those ovens went cold a half century ago, when the company moved out, but newer ovens have been working over the last decade in part of that old complex – at Chelsea Market, from Ninth to 10th Avenue and 15th to 16th Street. A visit to the market offers ghostly evocations of the site’s history.

In 1890, eight large eastern bakeries amalgamated to form the New York Biscuit Company and soon absorbed a dozen more firms. It was competing against another consortium, the American Biscuit and Manufacturing Company in Chicago.
The New York Biscuit Company immediately began building a Romanesque-style complex of six-story bakeries on the east side of 10th Avenue, running from 15th to 16th Street, designed by Romeyn & Stever – some of these survive at midblock. The rivalry was potentially ruinous, and in 1898 the two groups, along with others, combined to form the National Biscuit Company, which soon provided half the biscuit production in the United States.
In late 1898, the new company brought out a new product, the Uneeda Biscuit, and it followed with many biscuits and cookies that are still familiar: Premium Saltines, Vanilla Wafers, Fig Newtons, Barnum’s Animal Crackers (now Barnum’s Animals) and, in 1913, both the Oreo (originally Oreo Biscuit) and the Mallomar.
The company was painstaking about consistency, shelf life and packaging, and used extensive advertising to establish a national market.
Within a few years of the merger, the bakery complex covered most of the block back to Ninth Avenue, with elements like the series of orange brick structures at the northwest corner of 15th and Ninth. Designed by the staff architect for the company, Albert G. Zimmerman, these slightly classical structures were built over the period 1905-12.
In 1913, Zimmerman designed the most prominent building in the complex, the 11-story full-block structure from 10th to 11th Avenue and 15th to 16th Street. It was built on landfill – the timbers, chain and anchor of a two-masted schooner were found during excavation.
National Biscuit also acquired outlying property, like the old American Can Company building at 447 West 14th Street. That structure extends through to the south side of 15th Street, and National Biscuit erected a pedestrian bridge to join it with the main complex on the north side of 15th Street. Designed by a later company architect, James Torrance, it has a somewhat classical character and looks to be made of lead-coated copper.
The company filed plans in 1926 for what would have been the centerpiece of its empire, a $3 million, 16-story bakery on the full block from 14th to 15th Street and 10th to 11th Avenue, but that project did not go ahead.
In 1932, the architect Louis Wirsching Jr. replaced some of the 1890 bakeries on the east side of 10th Avenue with the present unusual structure, which accommodates an elevated freight railroad viaduct. Its great open porch on the second and third floors was taken by the railroad as an easement for the rail tracks that still run through it.
Wirsching, by that time the staff architect for National Biscuit, presumably also designed the faceted, aluminum-covered Art Deco pedestrian bridge connecting the two National Biscuit buildings facing each other across 10th Avenue.
In the 1930’s, a new generation of ovens – long, continuous “band ovens” – were remaking the baking industry, superseding the old vertical ovens. According to William Cahn’s company history, “Out of the Cracker Barrel: The Nabisco Story from Animal Crackers to Zuzus” (Simon & Schuster, 1969) National Biscuit installed some band ovens in the existing complex, but long horizontal industrial processes adapted better to the low single-story buildings that were going up in outlying areas.
By 1958, National Biscuit was producing its line from a plant in Fair Lawn, N.J., and in 1959 it sold its New York complex – 22 structures, with 2 million square feet – to the investor Louis J. Glickman. Telephone listings from the 1970’s and 80’s list no baking operations, only light industrial tenants, in an area that was sliding into a sort of Rust Belt-like graveyard.
In the 1990’s, the investor Irwin B. Cohen organized a syndicate to buy the principal National Biscuit buildings, from Ninth to 11th Avenue and 15th to 16th Street. Over the next several years Mr. Cohen reinvented the older complex, between Ninth and 10th Avenue, re-renting the upper floors to an emerging group of technology companies.
On the ground floor, he and his designers, Vandeberg Architects, created a long interior arcade of food stores, now a well-known destination in west Chelsea – an area that itself is oven-hot these days, with million dollar lofts being created in the onetime leftover factory district. To walk through the Chelsea Market is to stroll through a sort of postindustrial theme park, carefully festooned with the detritus of a lost industrial culture, interspersed with food stores and restaurants.
The old factory floors weave and bob, and the central hall is a jumble of disused ducts, an artificial waterfall, the original train shed, old signboards and other elements.
Mr. Cohen’s group remade the 1913 building on the west side of 10th Avenue into a regular office building, but the lobby is just as astonishing as Chelsea Market’s, an amalgam of old cast iron light poles, plate girders, portholes and banks of television sets – it could be the Nautilus, Captain Nemo’s submarine in “20,000 Leagues Under the Sea.”
Fragments of the National Biscuit heritage are sprinkled all over the complex, like the trim, elegant “NBC” monograms in the mosaics in the little entryways along 15th Street. But the entrance to the 1913 building at 85 10th Avenue is among the most haunting sights in New York.
Mr. Cohen says that when he first began work, he pulled off a 1960’s mosaic affixed to the entryway. But whoever had installed the work had chiseled off the raised NBC letters, as well as the first inch or two of the surrounding field of brick. He says that, in keeping with the theme of industrial archaeology that runs through his project, he wanted to showcase the damage, not conceal it, “to show New York that this was like the excavation of a mining site.
📸 Chelsea Market 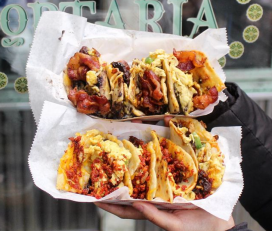 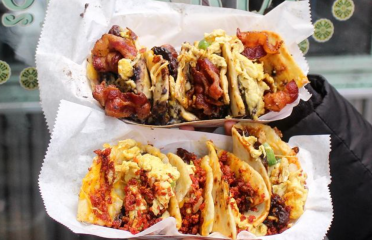 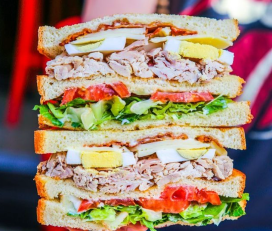 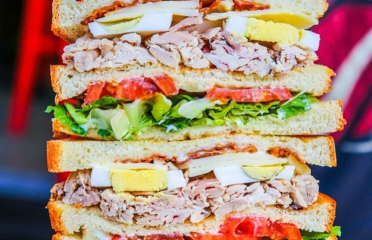 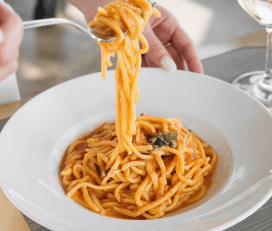 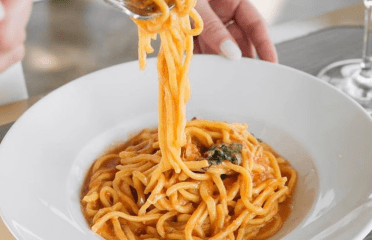 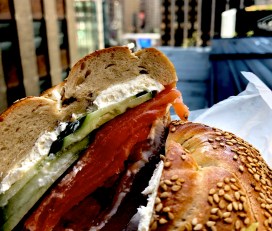 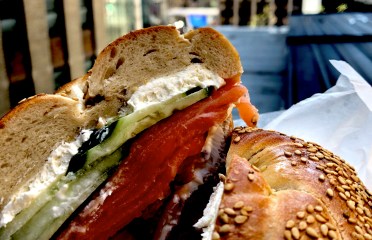 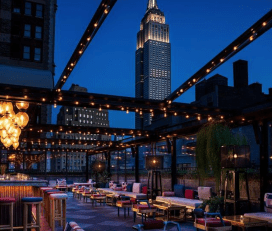 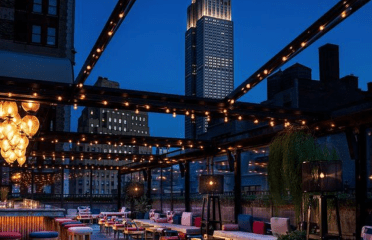